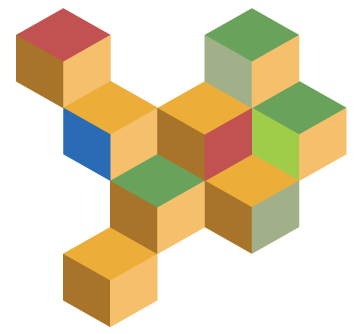 Lives and works in an unknown place.

Waiting for the Flood 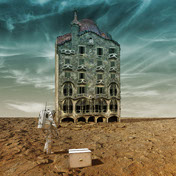 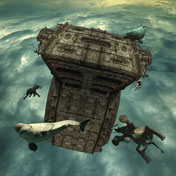 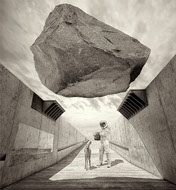 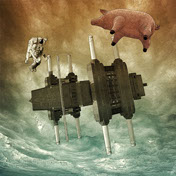 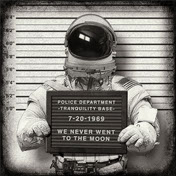 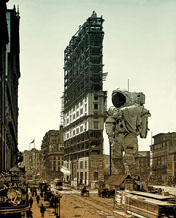 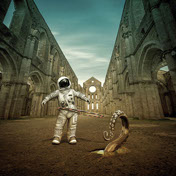 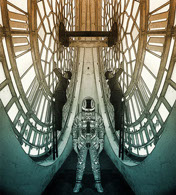 20 July 1969 is a milestone in known human history. On that day Neil Armstrong took the first step onto the surface of the Moon. That was unquestionably the dawn of a new era, also an important advantage of United States against Soviet Union during Space Race in Cold War period, countering Yuri Gagarin’s journey into outer space in 1961. The same day, on our black and white television screens appeared a man in a spacesuit with his head covered by his helmet that prevents his face to be seen, standing next to the U.S flag on the Moon, portraying a conqueror. It was indeed a breaking point and Soviet Union was never able to catch-up, neither technologically nor economically.

Years later, after analyzing the video footages, some people came up with the idea of a conspiracy theory. These passionate researchers claim that the Moon Landing video wasn’t real, pointing out that the movement of the flag was incorrect in Moon’s gravity conditions and there was the reflection of the studio on the astronaut’s helmet. Still nothing is officially proven however in U.S. , officials of the Fox network said that such skepticism rose to about 20% after the February 2001 airing of their network's television show Conspiracy Theory: Did We Land on the Moon? seen by about 15 million viewers. There are also several other polls done in other countries (Russia, United Kingdom etc.) between 2000-2009 with similar results.

This may be the initial point in order to explain Tom’s art.

It has a huge parallelism with the conspiracy but also with the theory of relativity. “The Astronaut” is the backbone of all works with his helmet blocking the viewer to his face, the U.S. flag on the left arm, sometimes even another on hand, symbolizing the idea of unclear reality and the source but also the consequence of the skepticism, in our brave new world. In each work, the astronaut is in a different world, in a different time, with different people or even with different life forms. Therefore his identity also is highly questionable just like the other possibilities, the conspiracy theories about the historical events and life.

Usage of numbers are highly important in the making of this exhibition because they nestle inside the potential of order and randomness at the same time, which explains their aspect of relativity.  I choose 25 works of Tom Colbie for this purpose. The first reason was that 25 is the sum of the numbers in the year of the Moon Landing but it has also another special meaning. 1969 is exactly 25 years later from the ending of World War II and 25 years before from the leaving of the Russian army from Estonia and Latvia in 1994, that ends the last traces of Eastern Europe's Soviet occupation. Those brackets defines maybe a more accurate time period of the Cold War that actually is the source of capitalist economical world domination which is portrayed by the astronaut with his flag. This is also the starting point of Colbie’s story and also its eternal continuation. Therefore the astronaut is “stuck” in his spacesuit, somehow protected from outside, preserving his essence, appears in random points in time and space. However when you connect the dots you end up with a story that simply summarize the human history around the point of the (fake or real) Moon Landing.

In order to understand the full potential of this intense exhibition, thinking is one of the many parts of the solution. What you can do is not just to believe what you choose and believe it for good but before, you have to ask yourself the fundamental question: “Why?”